Posted by Tinia on April 19, 2011
Well, a little fox might not be able to destroy the farm,
but it sure can decimate a chicken population.

Over the past 5 days, we have lost 3 hens and 2 roosters!

I was certain that the culprit was a hawk or two, but we
were missing 3 chickens in one afternoon!

A few fowl savvy friends told me to suspect a fox this evening.
I disagreed!

I couldn't see a fox coming into the barn with Kyla, our Pyr
(worthless, loving beast!), and taking chickens!

We had our newer Pyr, Carly, that is admittedly a better guard,
locked up in a goat lot with Jake, our Pit Bull / Hound mix,
because she was going around a mile away to the main road.

The chickens did not start missing until Carly went up 7 days ago.

After explaining the reasons that the predator was a hawk and not a
fox to my friends, my farmer husband went out to feed everyone in
the barn, and as he stepped out
and started up the hill.  . .

What did he see but a FOX! 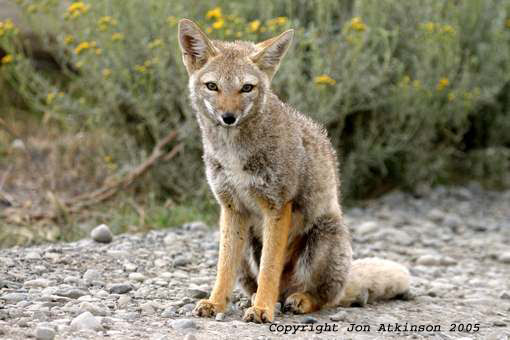 He went on up the hill, toward the barn.

Sure enough, it was a FOX!

The darn creature slinked off.

He came down to get his gun. I insisted he must not
shoot the fox. Of course, there could be babies out there
that the female fox is feeding, but either way,
I am happy for the fox to continue living,
but she must go elsewhere!

I asked him to turn out  Carly and Jake.
I felt that Jake, who is livestock safe,
would help create an area here the Fox
does not want to return to.

Jake, true to hound form, took off after the Fox,
which had not adequately been
frightened by John's presence, and was
still hanging about!

Carly decided she was not interested.
Perhaps Jake would have it all taken care of
in due time. She came down and went to sleep on the porch.

I am hoping and praying that is
the end of our poultry mishaps!